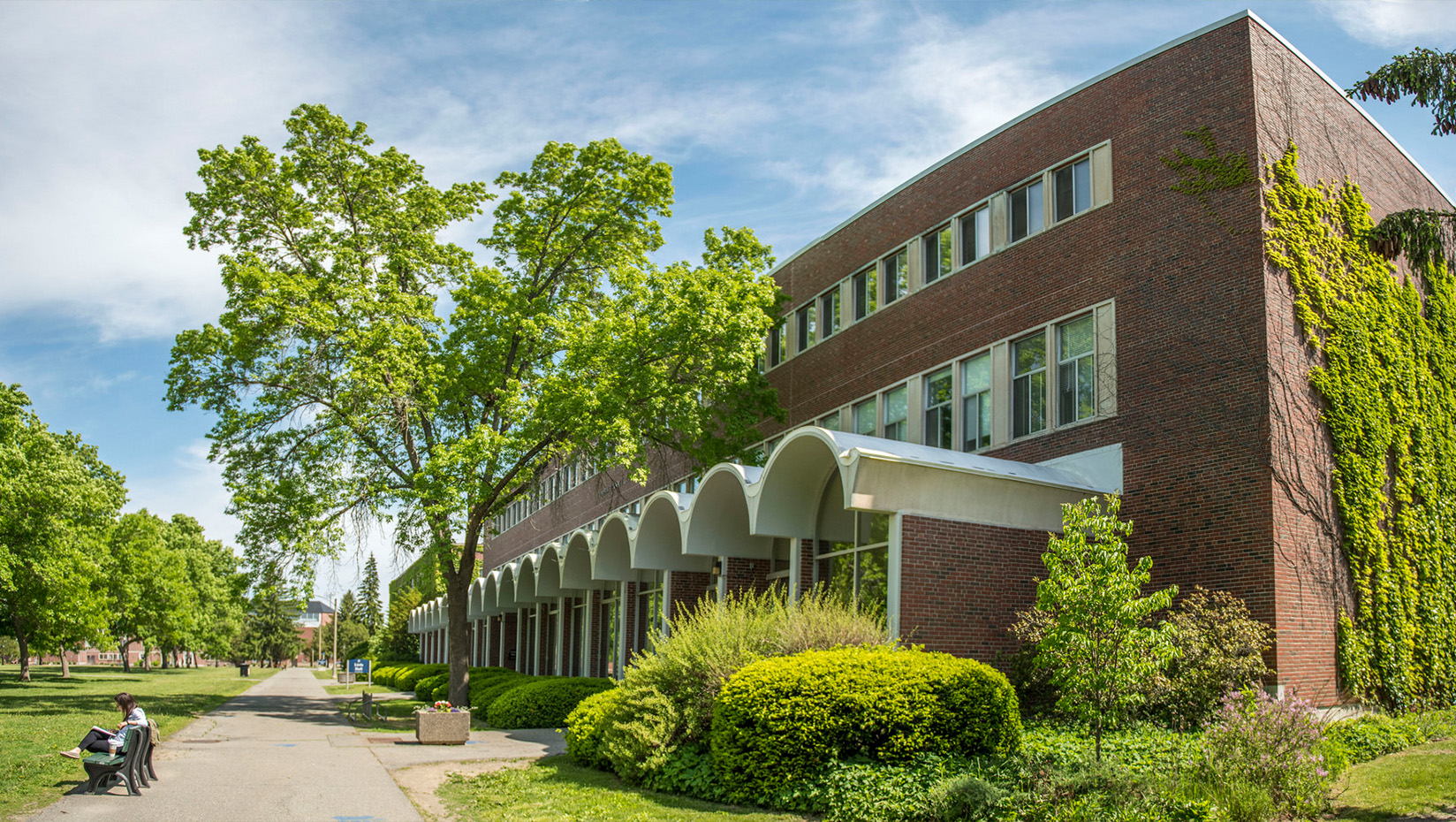 As you approach Little Hall from North Stevens Hall, you will see a walkway between the two buildings, one that leads to Cloke Plaza about 100 yards toward the east. Feel free to take a side excursion and spend a few minutes at this campus intersection with its unusual bell tower.

Back to Little Hall with its distinctive colonnade: Named after Clarence Little, UMaine president 1922–25 and founder of Bar Harbor’s Jackson Laboratory, the building was dedicated in 1965 and houses the departments of Psychology, and Modern Languages and Classics as well as the Franco American Studies Program.