James Fastook is a professor for Department of Computer Science and Cooperating Professor at the Climate Change Institute.

My training is in Physics, with a special interest in what I call “world physics,” that is, classical problems with a global scale. I am especially interested in solving the equations which govern ice flow, and have worked extensively on the problems of numerically modeling ice sheets and glaciers. The technique I use to solve these equations is called the Finite-Element Method, which is a very general numerical technique for solving differential equations used quite extensively in engineering applications. I am also interested in the problem of Scientific Visualization, a necessary adjunct to any modeling program, because of the need to interpret the large volume of results that stem from any modeling experiment. I work closely with several members of the Climate Change Institute on problems ranging from Antarctic Ice Sheet behavior during the last glaciation, to the effects of the waxing and waning of ice sheets on the migration of humans into North America. 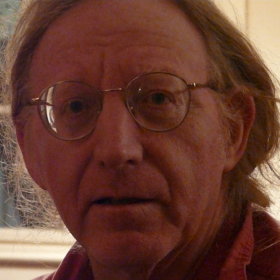