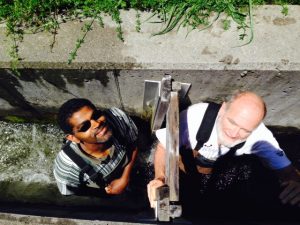 Citizen science is a relatively new phenomenon in academia, a departure from long-held beliefs that only trained researchers can gather credible data. It’s changed things up. University researchers are quickly discovering that citizen volunteers make the impossible possible and tend not to break the budget.

And citizen volunteers get a chance to participate in meaningful science, bringing their own unique skillsets to questions of vital importance.

In a seminar at the University of New Hampshire (UNH) called “Choosing and Using Citizen Science”, researchers from UNH (UNH) and UMaine as well as partners from various state and federal agencies and organizations gathered to examine the practice, viability and mutual benefits of citizen science.

Though amateur scientists like Henry David Thoreau have gathered data and recorded observations for centuries, the formal practice of citizen science traces its roots to the mid-1990s when the Internet came of age. Interconnected networks made large databases easy to both access and update.

Citizen science is enabling universities to participate in large-scale projects over time: inventories of seasonal changes, water quality studies, animal monitoring. One early citizen science project in New Hampshire has utilized volunteers to study lakes for over three decades. The result is a mountain of data for scientists to work with, the kind of information gathering that would have never happened without engaged volunteers.