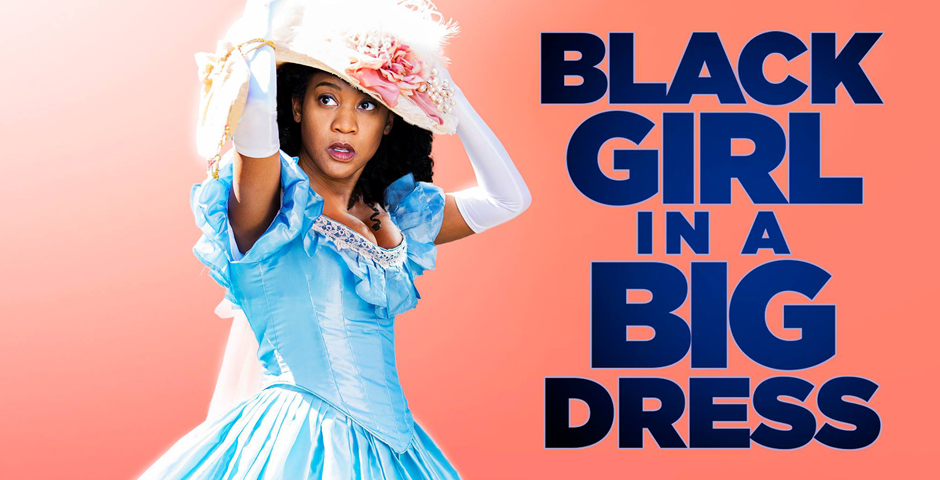 The Rising Tide Center, in collaboration with the Honors College, the Bailey Fund, the Communication and Journalism Department, and the McGillicuddy Humanities Center, presents two unique events with stand-up comedienne Aydrea Walden.

On December 9, beginning at 8PM, Aydrea will perform “a musical one-woman show about a total whitey trapped in a black chick’s body” called The Oreo Experience. The free event, open to the public, will be held in Minsky Recital Hall.

The afternoon of December 10 at 4PM in Hill Auditorium, Aydrea will host a screening of her successful web-series Black Girl in a Big Dress, a show that touches on issues of race and gender, centered around an African American Anglophile cosplayer in love with the Victorian Era. Following the screening the creator will answer questions from the audience. 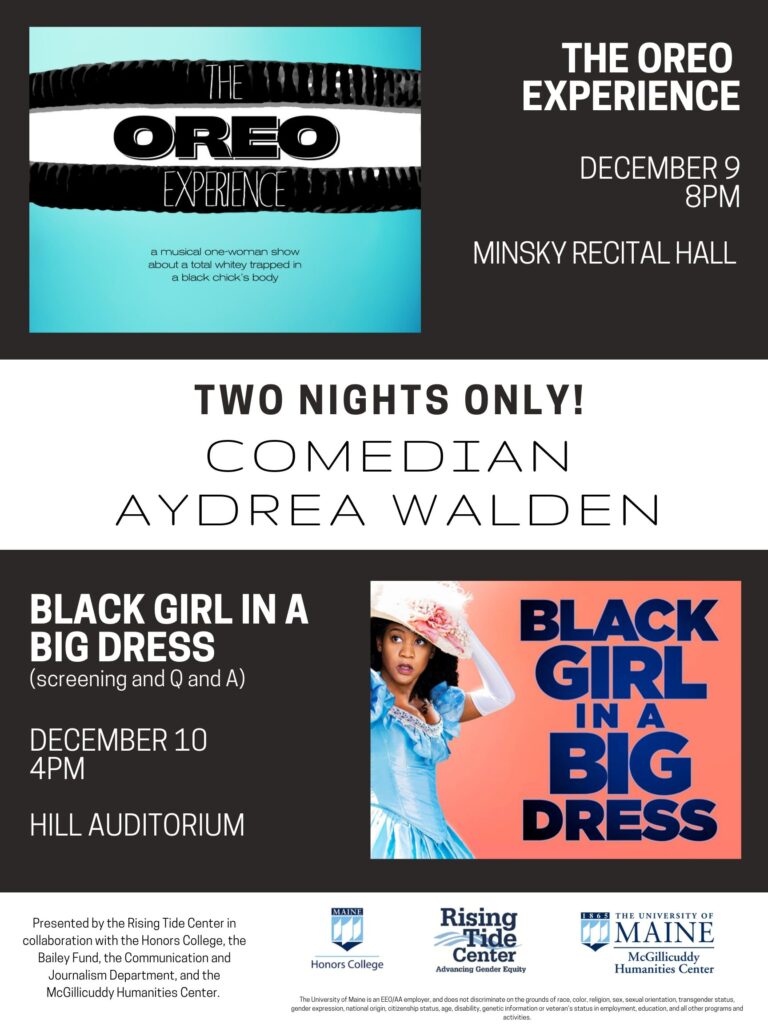