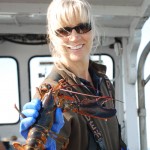 The Maine Writing Project is pleased to highlight the amazing work of 2nd grade teacher and MWP Teacher-Consultant Kim Oldenburgh.  You can feel her enthusiasm about writing and teaching through her words.

Kim, on the MWP and how it affected her as a teacher:

“I participated in the MWP in 2005.   I went into the Writing Project imagining I’d go back to school in the fall with a “toolkit” for teaching writing, but what I left with was so much more than that.

I’ve always found it difficult to explain the essence of the Writing Project when colleagues ask me about it because it was so life changing for me.  During that summer, I developed strong bonds with my fellows, and for the first time, I wrote about feelings that had been covered up for years, feelings I forgot I had.

Through my fellows, I learned about my own writing during the process of getting through the messy parts.  I went back to my classroom that fall knowing I had to emulate that same process for my students.  By paying more attention to my own writing process, I became a better writing teacher and my students got more out of my lessons.

When living closely with a group of writers for so many days, you trust them enough to take risks and share.  This is the type of community I have developed in my own second grade classroom: a community of writers trusting each other to write and share from their hearts.”

Kim, on her work with 2nd grade writers:

“I’ve found the best way to get second graders to write is to allow them to write about what interests them.   Several years ago, I spent one whole year implementing an inquiry study on my boy writers as I always felt they weren’t as engaged as I thought they could be.  While researching the works of Graves, Fletcher, and Newkirk, I learned a lot, but what has resonated with me is that writing in school is often dominated by personal narrative (boys’ least favorite genre) and that female teachers often stifle the creativity in their boy writers by viewing their writing as problematic due to the potty humor and violence they often enjoy writing about.

That year, I learned to foster their creativity by teaching them how authors infused humor and violence into their writing with intention.  The boys quickly learned if their violence didn’t have a purpose, they didn’t use it.  That year, one of my most reluctant writers (who, prior to my inquiry, thrived on writing stories that were violent and spent a great deal of time trying to get his peers to laugh when he shared his writing) wrote a powerful book about September 11th and he was so proud of the work he put into his published piece.”

Kim, on the writing assignment she developed to engage kids AND meet the Common Core State Standards:

“This school year, I attended a workshop with Shelly Moody regarding Customized Learning and for the first time, the work she does with her students surrounding unpacking the Common Core State Standards (CCSS) finally made sense to me.  Since then, I’ve been looking closer at the standards and have discovered many of my current practices already align with the standards. Rather than using the standards as a checklist, I’ve been doing what Calkins, Ehrenworth and Lehman (2012) suggest and going deep and broad within the standards.  With my students, I have been unpacking some of the standards into kid-friendly language so they own the standard and understand their goals as learners.

One standard that I hadn’t covered in the past but was particularly interesting to me was opinion writing. I started with a guided opinion piece where I polled the class to see if they liked inside or outside recess the best.  We created a chart with reasons for their opinion.  During this guided activity, students were then able to write an opinion piece about their choice.  This was highly engaging as they tried to convince their readers to like their choice the best.

Our next assignment would be a toy review.  Over the next few days, toys trickled in and photos were taken.  Throughout that time, we began reading toy reviews online.  I then printed out 20 reviews the class had particularly liked and partners worked with highlighters to note something about the review they could use in their own writing.  We added their ideas to a chart and the next day we began writing toy reviews.

Over the next few days, students worked with partners and me to revise and edit their reviews.  The kindergarten class is planning to begin writing toy reviews and we will share our reviews with their class and then we plan to hang them in the hall to try to convince other students to buy the toys reviewed.

Check out some of these 5-star reviews.

As far as the assessment of these opinion pieces, the CCSS only asks that second graders be able to state an opinion about a topic, supply reasons and provide a concluding statement.  Scroll back to the chart we created as a class and you’ll see the students noticed features about opinion writing that the standards don’t cover.  However, what the students noticed is what makes the pieces engaging to read.  By immersing students in an inquiry study of opinion writing and scaffolding the writing process of this new genre, all students were successful in creating their toy reviews.”

Thank you, Kim, and may all 2nd grade students have writing teachers like you.