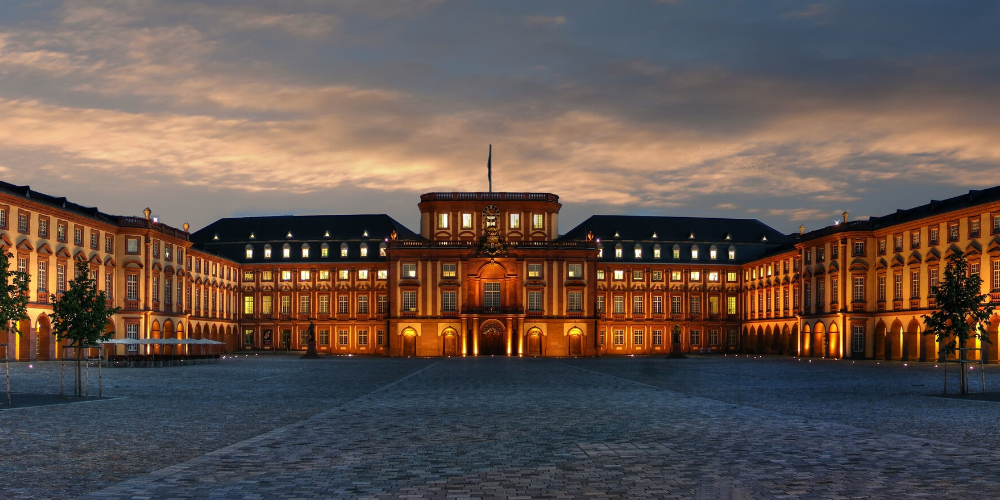 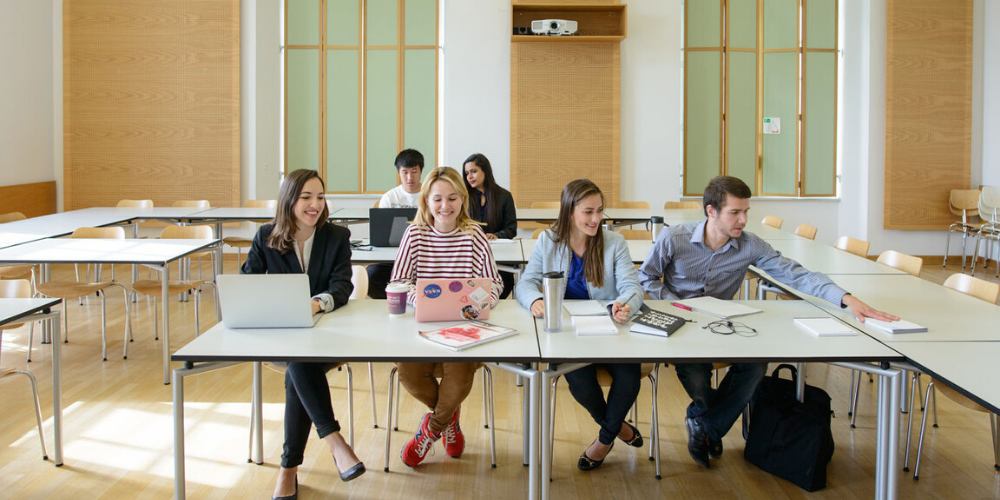 “Mannheim is a greater city than I thought before. There are many things to do here and I can take the train here from Mannheim to any parts of Europe!” 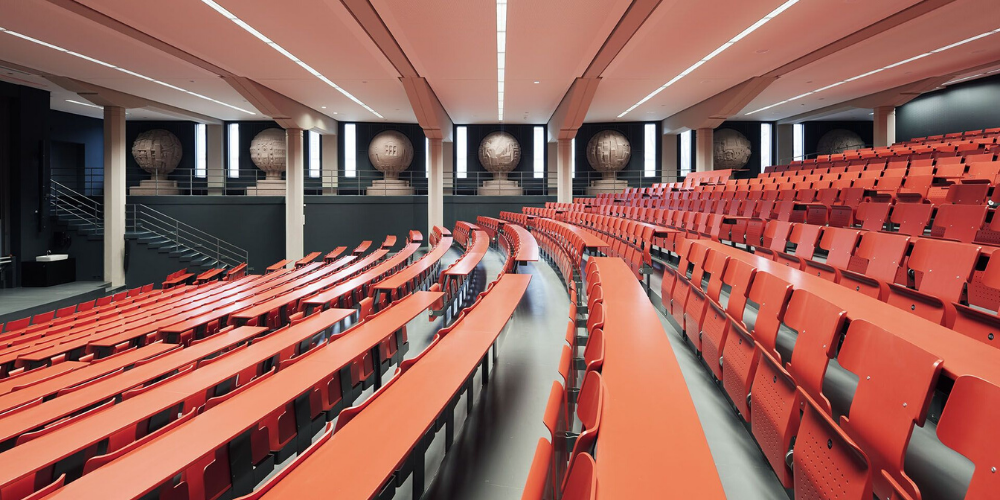 “I liked the way exchange students were motivated to do activities together. An exchange is not only meant to study, but to get to know other cultures.” 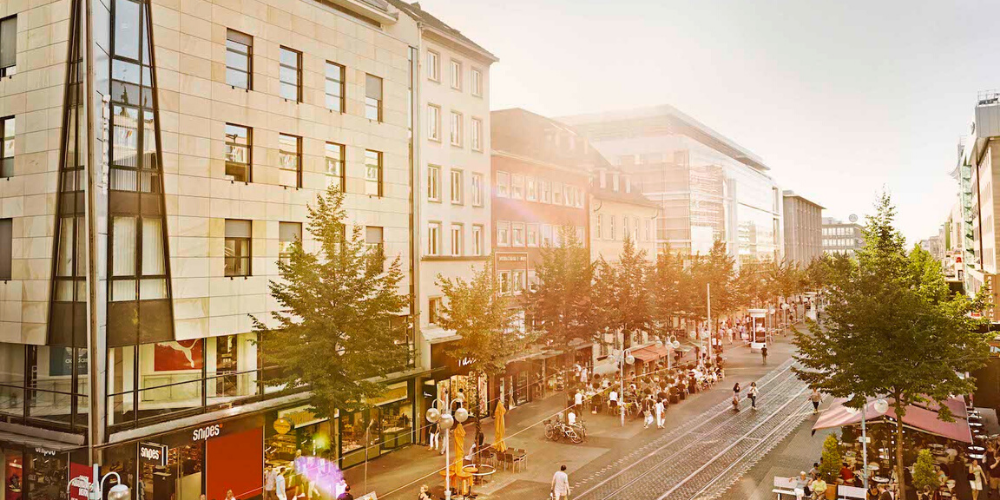 “Thank you very much for a fantastic year! My experience at Uni Mannheim was a once in a lifetime opportunity, and I not only learned so much academically but also grew personally. Since this year I am now absolutely convinced I want to live and work in Germany, so hoffentlich bis bald!!”

The University of Mannheim, established in 1967, specializes in business administration and economics, with strong programs in the social sciences and humanities.  As a school of business, Mannheim is fully accredited (AASCB) and has consistently received the highest ranking not only in Germany but also throughout Europe. Located directly in the city, the university offers an urban environment with all its amenities.

The University of Mannheim is mainly located in Mannheim Palace, the largest baroque palace in Germany. The palace, where most of the university classrooms are located, is situated southwest of the city center. From the palace, the “Breite Straße” leads directly into the city center where it intersects with the main pedestrian street, the Planken, creating a large, beautiful pedestrian district filled with many shops, cafés, restaurants, and cinemas.

Germany is a beautiful country that has terrain ranging from the mountains of the Alps in the south to the shores of the North Sea in the northwest and the Baltic Sea in the northeast. Between lie the forested uplands of central Germany and the low-lying lands of northern Germany which are traversed by some of Europe’s major rivers such as the Rhine, Danube, and Elbe. Along with being a prominent member of the EU, Germany has the third-largest economy in the world.

Germany is the most populated European country with 82 million people. It is often called the “land of poets and thinkers” and has had a great influence on European writers, musicians, and thinkers. Three of the Western world’s most famous composers have been of German descent; Beethoven, Bach, and Mozart. Nobel laureate and one of the most renowned thinkers of the 20th century, Albert Einstein, was also from Germany. The Berlin Wall Museum, which contains actual remains of the Berlin Wall, and the Jewish Museum, are very notable sites of historic Germany. Another popular stop for tourists in nearby Munich holds the Staatliches Hofbrauhaus, a famous beer hall founded in the 16th century which provides tourists with an experience of traditional German culture and beer. Germany also hosts Oktoberfest, the largest people’s fair in the world.

Mannheim is located at the point where the Rhine and Neckar rivers meet. The town is surrounded by the beautiful regions of Odenwald and the Palatinate region, both of which are very popular for going on nature walks and cycling. Mannheim’s surrounding area is known nationwide for its asparagus cultivation and the nearby Palatinate region is well known for its vineyards and traditional wine festivals, most of which take place in autumn. Thanks to Mannheim’s central location and direct connection to Germany’s extensive public transportation system, a variety of charming German towns are easily within reach. Even France and Switzerland are only a relatively short journey away! Watch the video at the bottom of this page for a preview of the amazing Rhine Neckar Metropolitan Region.

Estimated budget for one semester at the University of Mannheim.

Exchange students need to take the majority of courses from the school to which they are coming on exchange. However, they can choose 1-2 courses from the university-wide elective courses if places are available: Law, Business Administration, Economics, Social Sciences, Humanities, Business Informatics and Mathematics. Students can choose their courses upon arrival (except German language and terminology courses offered by the International Office).

The International Summer/Winter Academy is a four-week intensive language course including seminars about German culture and society. It is held before the beginning of the semester and costs €650 (about $720). Exchange students can register for the International Academy in addition to a semester at the University of Mannheim. The cost of the academy is in addition to the exchange program. Dates, activities, and other information here.

Courses on German Language and Culture

Extracurricular German language and culture courses are available to all exchange students during the semester for a small administrative fee (€15 per course). There are a range of German language levels and courses on German cultural topics taught in English. As a rule, students can take a maximum of 3 courses per semester. More information here.

The University of Mannheim has a number of residence halls called “Studierendenwerk Mannheim” within walking distance to the university buildings.  They house German and other international students. Each room, a single or a double, has basic furniture, a sink, and a TV, internet and phone connection. Shared kitchens are available.  Rooms for exchange students are limited in number so UMaine students must apply as soon as they are accepted. The rooms usually have to be rented for a six-month-period, reductions are sometimes possible upon request. The International Office at the University of Mannheim also provides support in locating rooms in private homes. For more information please check the Housing website. *Studierendenwerk Mannheim may require up to 4 months rent before financial aid disperses – please work with them to know exactly what you might need upfront or seek private housing.

Students can dine in the Dining Hall called “Mensa” or prepare their own meals. The Mensa offers affordable lunches a-la-carte. No meal plans are available.

Students can buy a semester ticket at the current price of € 145 (~$190) for unlimited public transportation in the greater  Mannheim area.

In order to cover the costs of the student services, by law, every student enrolled in a German university – including exchange students – has to pay a semester contribution. As of the spring semester 2013, the contribution is € 66,50 per semester (USD$100).