I am interested in a variety of geomorphological and glaciological problems. An early and continuing curiosity about deposition on alluvial fans and playas in arid regions led me to studies of the effect of recent tectonic movements on pluvial lake shorelines and on depositional patterns on fans. In the general area of fluvial geomorphology, I conducted a laboratory study of the mechanics of flow in meander bends. Most of my research, however, has been in the field of glacial geology and glaciology. My early work in this area was on Barnes Ice Cap on Baffin Island in the Canadian arctic where I studied the mechanics of moraine formation at the margins of polar ice sheets and the temperature distribution and deformation in such ice sheets. Between 1981 and 1995 I directed a glaciological research program on Storglaciären, in northern Sweden, focusing on the effect of subglacial water pressure variations on glacier dynamics and on subglacial till deformation. More recently I’ve been trying to integrate my field observations on the morphology and sedimentology of glacial landforms like drumlins and eskers, particularly in central Maine, with theoretical work on temperature distribution in glaciers and on water flow and transport of coarse sediment in subglacial conduits. My most recent papers deal with the postglacial history of the Penobscot River in Maine and with the adjustment of the crust in New England to retreat of the Laurentide ice sheet. I’ve also made some semi-quantitative estimates of the impact of humans on the landscape, and am particularly concerned about the effect of overpopulation on resources and Nature’s ecological services.

(1) Relation between the shape of the Late Pleistocene Laurentide Ice Sheet in Maine and characteristics of Maine glacial landforms; and
(2) Delivery of clastic sediment to stream channels and ways to parameterize the sediment yield from watersheds

These projects are field based, but they also will involve development of laboratory and/or analytical and/or computer skills. 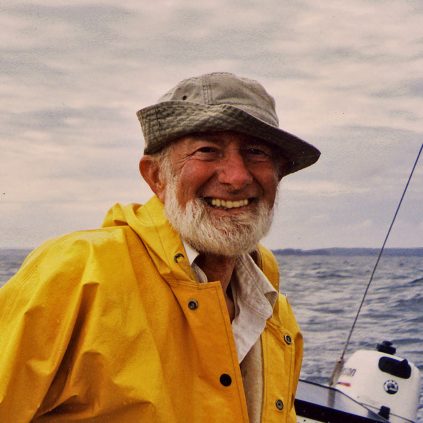