Logo size
The UMaine logo should not be reduced smaller than 1.25″ wide. 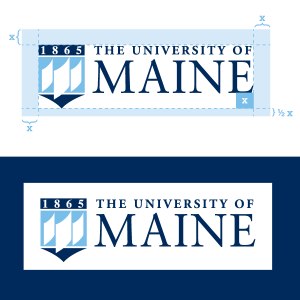 What not to do

Reverse logo
Do not use the incorrect reverse logo. In this instance, the white primary logo should be used.

No outline
Do not use the full crest logo on a dark background without the outline crest. In this instance, the reverse primary logo should be used.

Stretching the logo
Do not stretch the logo vertically or horizontally in any way. When in your design program, hold the shift key on your keyboard to maintain the proportions of the logo.

Adjusting crest size
Do not adjust the size of the crest in comparison to the wordmark. If you need to reduce the size, the entire logo should be reduced.

Crest and wordmark spacing
Do not alter the spacing between the crest and the wordmark. 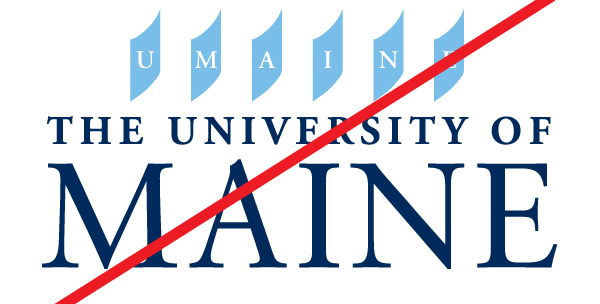 Pulling the logo apart
Do not remove parts of the logo, such as the sail shapes, and use them to create other graphic elements.

Altering the crest
Do not alter the crest in any way by removing elements of the logo and replacing them with your own.

Unnecessary logo effects
Do not add unnecessary effects to the logo such as drop shadows, bevel, emboss, etc. The logo should be presented in a clear way. 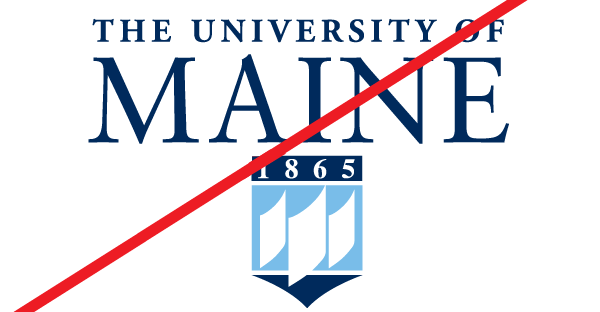 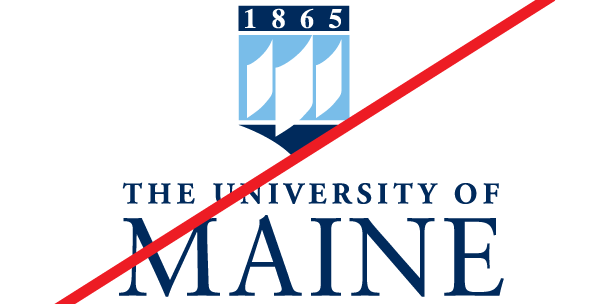 Stacking the logo
Do not stack the logo and crest. In this instance, you can use either the standalone Maine crest logo or the primary logo.

Horizontal logo
Do not place the University of Maine wordmark on a single line.